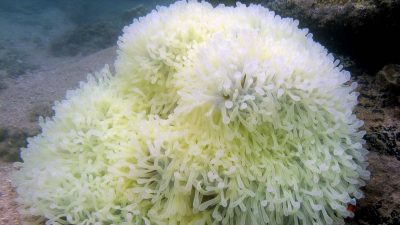 Checking the incubators used for the experiments in Namibia before setting off on the five-week research cruise. (c) Angela Stippkugel, GEOMAR

The FS Meteor sailing through the South Atlantic. The equipment being towed on the left is a water sampler, connected to a ‘clean air’ laboratory on the deck of the ship, used to collect water for the experiments without risk of contamination. (c) Angela Stippkugel, GEOMAR

Back in the lab and analysing seawater samples for trace element concentrations. (c) Thomas Browning, GEOMAR

Combination of nutrients is necessary to promote plankton growth

For the food webs in the ocean and processes such as the carbon cycle, photosynthetic single-cell organisms, the phytoplankton, play a decisive role. The density in which it occurs in the oceans depends on nutrients such as iron or nitrogen. Researchers at the GEOMAR Helmholtz Centre for Ocean Research Kiel have now proven for the first time that in the open ocean that it is a combination of several nutrients, rather than a single one, that inhibits or promotes the growth of phytoplankton.

The oceans are changing. They are getting warmer, more acidic and they lose oxygen on a  global scale. These processes also affect the distribution of important nutrients and  the phytoplankton as well. It is the basis of the entire food chain in the oceans and plays a major role in the global carbon cycle. But how exactly will the productivity of phytoplankton change? To answer this question, one must know which nutrients can limit or stimulate plankton growth.

An international research team led by biogeochemist Dr Thomas Browning from GEOMAR has shown that in large areas of the Southern Atlantic, only a combination of at least two nutrients ensures increased plankton growth. The team has published its findings in the journal Nature.

The study is based on an expedition of the German research vessel METEOR off Africa's southwestern coast in November and December 2015. At numerous sites along the thousands of kilometres of the ship's route, Dr Browning took water samples to use in experiments in which nitrogen, iron, and cobalt were added in all possible combinations and incubated in an environment that simulated the ocean.

“The experimental setup sounds quite simple. However, the technical implementation of these types of experiments is actually complex as we need to ensure absolutely no contamination of the experimental chambers with trace elements. This is a challenge because these elements are found almost everywhere on ships - even on new plastic surfaces,” explained Dr Browning. “Phytoplankton are also very sensitive to light and temperature so special care had to be taken when collecting and preserving these samples”.

Spatial patterns in nutrients limiting phytoplankton growth were also found. While a single nutrient significantly increased plankton growth in some samples nearer the coastline, at least two nutrients were needed to stimulate growth in samples taken from the open ocean. “Another key finding was that we found these limitation regimes could be reconciled with the measured nutrient concentrations in the ambient seawater," said Dr Browning.

This later result is significant as it suggests the potential for making larger scale predictions about nutrient limitation using the new data derived from programmes like GEOTRACES, an international effort to map nutrient concentrations in the ocean. The results also have implications for global ocean models. “Many biogeochemical models do not yet adequately address the importance of nutrient co-limitation. Our study can help to improve representation of this,“ said Dr Browning.

However, he added, “Of course, this is only the first step. Similar experiments should be conducted in other regions to assess how widespread the phenomenon is. Ultimately, combining such information with worldwide nutrient measurements and improvements in ocean biogeochemical models will enable us to make robust predictions about nutrient limitation and its response to change at a global scale." 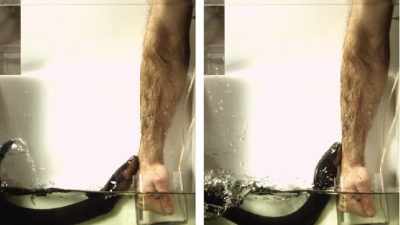