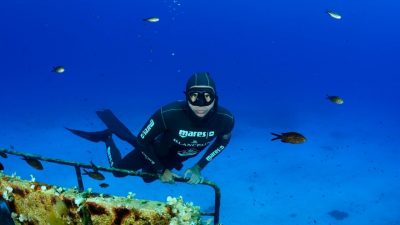 Sponges are found in very diverse habitats, from shallow coastal waters to the deep sea. The picture shows a glass sponge in the central Pacific at a depth of more than 4,000 metres. (c) ROV team, GEOMAR

Discovery opens door to potential new discoveries in the future

Sponges are important hosts for microbes, making up a significant part
of the total range of microorganisms in the oceans. This was the
discovery made by an international research team, led by scientists
from the University of New South Wales (Australia) in collaboration
with a team from GEOMAR Helmholtz Centre for Ocean Research Kiel.


Sponges are among the oldest multicellular organisms on Earth, having
survived temperature extremes (e.g. the Ice Age) and several mass
extinctions. Today they have colonised almost every type of habitat in
the ocean, from the shallow tropical seas to the deep seas in the polar
latitudes.

In a unique project, researchers from 19 scientific institutions in
eight countries have proved that sponges are home to a diverse range of
microbes.

"We have found 40,000 different species of microorganisms in
sponges,
" says Professor Dr Ute Hentschel Humeida from GEOMAR. She is
one of the authors of the study, which was published in the journal
Nature Communications.


We have long known that sponges exist alongside microbes in symbiosis.
As sponges are not mobile, they cannot move away from an undesirable
environment or from predators or prevent themselves from becoming
overgrown with biofilm. Hence, over millions of years, sponges have
developed effective symbiotic relationships with other organisms, like
microbes

. Some microbes help the sponges fight off illnesses or defend
against predators. This is similar to our own bodies, which have
microbes that support digestion or regulate the immune system, said
Professor Humeida.

However, the extent of the diversity and distribution of microbes in
sponges have not been known till now.

For this research, over a period
of four years, the research team collected more than 800 samples of
sponges from the Pacific, Atlantic and Indian Ocean, as well as the
Mediterranean and Red Sea.

The samples were collected at three central
collection points worldwide (known as "hubs"), and prepared them for
further processing. Professor Humeida's team was in charge of the
samples from Europe and the Arab world.

After collecting the samples, the researchers archived and processed
them for high-throughput sequencing. Then the samples were sent to the
laboratories of the Earth Microbiome Project in the United States.


According to Professor Humeida, "Sixty-five million determinations were
carried out for this study. Ten years ago, such comprehensive analysis
was unimaginable.

The study uncovered a great diversity of microbial species in the
sponge samples; there was even a particular sponge that was found to
host 12,000 different types of microorganisms.

The researchers also
discovered that the sponges demonstrated a fairly consistent pattern:
Regardless of where the samples originated, the occurrence and
frequency of the microbes were similar in all the samples; this
highlighted the long historical relationship between sponges and
microbes.


This study illustrates the importance of sponges in the discovery of
new medicines from marine ecosystems. Microorganisms may produce
substances that can be used for medical applications, as well as the
development of food ingredients or cosmetics.

To conclude, Professor
Humeida describes sponges as a treasure trove and we are just starting
to understand them.