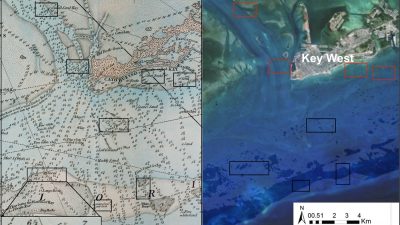 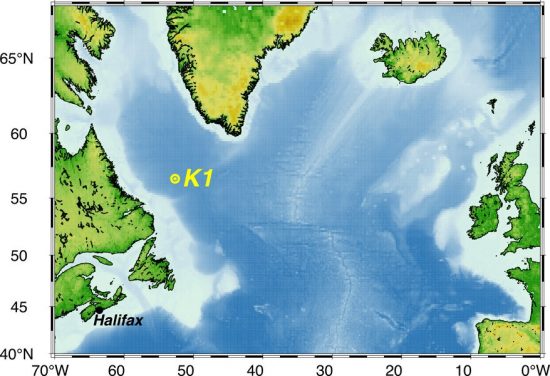 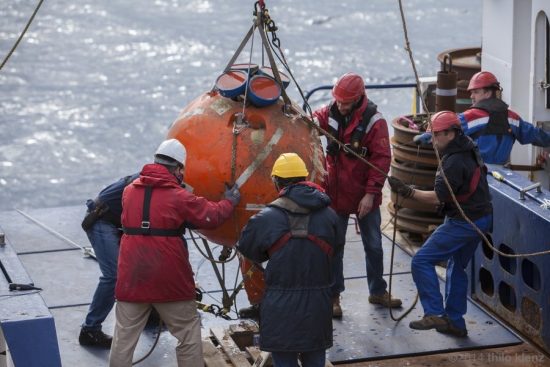 Recovery of a mooring in the Labrador Sea during the Expedition MSM40 (c) Thilo Klenz, GEOMAR 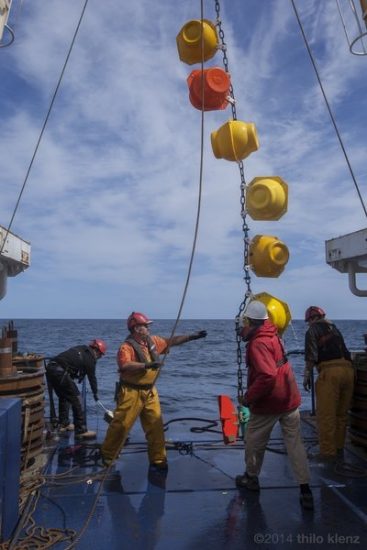 Recovery of a mooring in the Labrador Sea during the Expedition MSM40 (c) Thilo Klenz, GEOMAR

Stormy, rough and very cold: these characteristics of the Labrador Sea may initially seem uncomfortable, but they are of particular importance for the oxygen distribution in the ocean. An international research team has recently measured an exceptionally high oxygen uptake in a long-term measuring station up to water depths of more than 1,700 meters.

The Labrador Sea in the North Atlantic is one of the few marine areas in the world where cold, saline seawater sinks into great depths, forming deep water. As the water sinks, oxygen is also transported into the deep sea (convection process). An international study carried out by GEOMAR Helmholtz Center for Ocean Research Kiel has now published in the international scientific journal Geophysical Research Letters the analysis of data from the K1 measuring station, which show that an unusually high amount of oxygen was absorbed by the ocean in the region during the winter 2014/2015. The actual oxygen uptake at the surface of the sea is very difficult to determine directly, but from the oxygen content measured in the water the researcher was able to derive the oxygen uptake. A question that the scientists were concerned with: Can the strong oxygen uptake in the Labrador Sea stop the global oxygen loss of the ocean?

The surface water of the oceans is in constant gas exchange with the atmosphere. The water also accumulates with oxygen. "In the ocean, it is in particular the temperature and the inflow of bubbles that influence oxygen uptake," says Dr. Johannes Karstensen, oceanographer at GEOMAR and coauthor of the study. If the surface water cools, it changes its density and becomes heavier. It sinks into the depth including the absorbed dissolved oxygen. At the same time, water rises from deeper layers and is enriched with oxygen again. "Sometimes this process is compared to a waterfall but in reality it is somewhat different," says Dr. Johannes Karstensen (GEOMAR) "It is rather a re-layering where cooler, denser water sinks and the underlying lighter water rises, is then cooled down, sinks again, and so on".

As the data from the long-term measuring station K1 show, an unusually high amount of oxygen was absorbed in the particularly cold and stormy winter 2014/2015 in the Labrador Sea. On the one hand, this was due to the fact that the circulation process extended to depths of more than 1,700 meters. On the other hand, the scientists were able to show by means of the measured data that the observed oxygen increase can only be explained by taking into account the inflow of air bubbles on the surface. This result is particularly important for the correct modeling of oxygen uptake in deep convection regions and also serves to improve climate prediction.

More recently, researchers at GEOMAR have published a study on the temporal development of the oxygen concentration in the world ocean. It shows that the oxygen content of the world's oceans has decreased by more than two percent in the last 50 years. An obvious question is: Can the increased oxygen uptake in the Labrador Sea compensate for the observed oxygen loss of the world's oceans? "Even if we assume that the water newly formed in 2014/2015 will be transported from the region without losses, only about one hundredth of the world's oxygen loss can be compensated", says Dr. Johannes Karstensen. "In particular, the decrease in the oxygen content in surface water caused by global warming can not be compensated for." 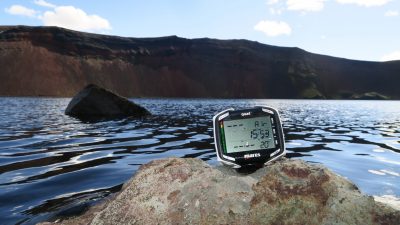