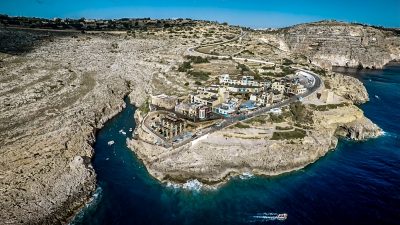 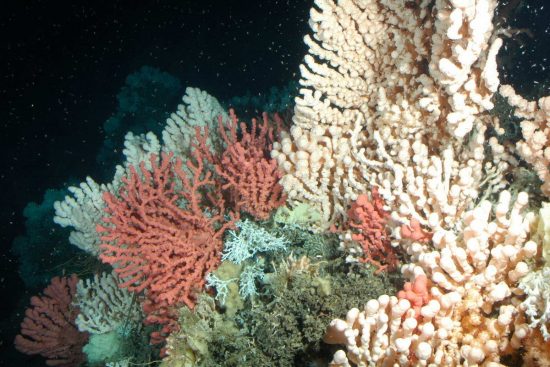 Even cold-water coral reefs can change as a result of ocean acidification. (c) JAGO-Team, GEOMAR 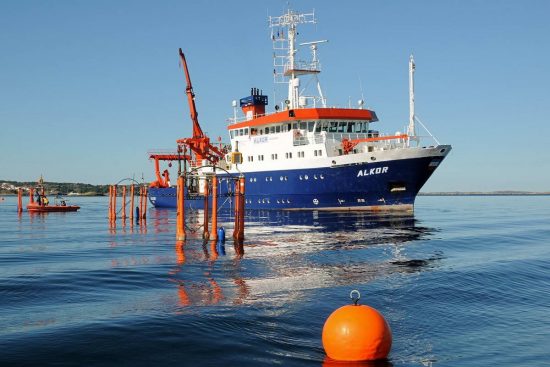 The Kiel research vessel ALKOR with the KOSMOS mesocosms in the Gullmar fjord in Sweden. (c) Maike Nicolai, GEOMAR 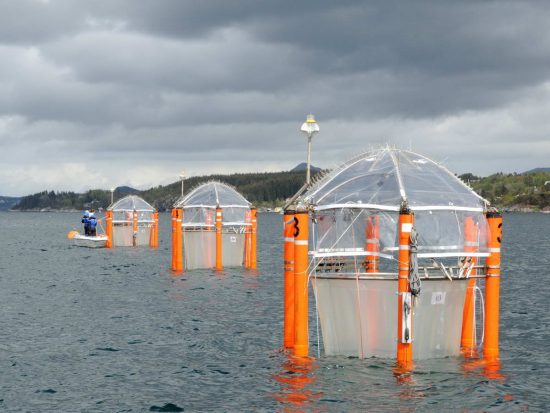 In 2015, an experiment with the KOSMOS mesocosms took place in the Raune fjord in Norway. (c) Maike Nicolai, GEOMAR

Ocean acidification and warming affect life in the sea

In November 2017, the final phase of the German research association for ocean acidification BIOACID (Biological Impacts of Ocean Acidification) ends. The experiments and analyses carried out by more than 250 scientists from 20 German research institutions over a period of eight years show that ocean acidification and warming, when combined with other environmental factors, are detrimental to marine life and endanger important ecosystem services for humans. A brochure summarises the main findings of the project.

As a gigantic carbon storage, the ocean has absorbed about a third of the carbon dioxide that has been released into the atmosphere through human activity since the beginning of industrialisation. However, in seawater, this greenhouse gas triggers chemical reactions that cause the ocean to acidify. Ocean acidification impairs ecosystems and the benefits the ocean provides to humans. These include climatic regulation, food provision, human recreation and biodiversity as a prerequisite for intact and functioning ecosystems.

“We need to see ourselves as part of a global system and understand the many ways in which we depend on the ocean and its services. Because everyone in this global community will be affected by climate change, it will be for our own benefit if we manage to reduce carbon dioxide emissions in such a way that global warming is limited to less than 2 degrees Celsius,“ said Prof Ulf Riebesell, marine biologist at GEOMAR Helmholtz Centre for Ocean Research Kiel and coordinator of BIOACID. “The future of this planet depends on us. Wouldn’t it be a great achievement if the anthropocene, the age of human dominance on Earth, goes down in history as an era of rethinking and changing behaviour?”

BIOACID findings at a glance

•    Changes in the carbonate system of the ocean affect the acid-base balance of marine organisms and can affect key processes such as calcification.

•    Many organisms can counteract ocean acidification. However, they may lose this ability if they are simultaneously exposed to other stress factors such as warming, over-acidification, oxygen loss, reduced salinity or pollution.

•    Reducing regional influences such as nutrient input or oxygen loss can mitigate the effects of global stress factors like ocean acidification and warming.

•    In a natural community, the effects of stressors can be amplified or mitigated in some way by changes in biotic interactions such as competition, predation or parasitism.

•    Even small changes at the base of the food web can affect the higher levels.

•    Living organisms can adapt to ocean change through evolution and partially compensate for negative influences. However, because ocean acidification is progressing at such a rapid rate that only organisms with very short generation times (such as microorganisms) can keep pace with the changes.

•    About half of the tropical coral reefs can be preserved if carbon dioxide emissions are limited so that global temperatures do not increase by more than 1.2 degrees Celsius. However, additional risks posted by factors such as ocean acidification have not yet been considered.

•    Climate change changes the abundance of fish prey and may affect their growth and reproduction.

•    Ocean acidification and warming reduce the survival rates of some fish species at their early life stages. This will probably reduce the offspring of fish stocks and subsequently fishery yields.

•    The distribution and frequency of fish species are changing. This has significant consequences for the economy, from small-scale inshore fisheries to the tourism industry.

•    It is imperative that ocean acidification and warming be taken into account in the management of fish stocks and marine areas.

•    Action based on the precautionary principle seems appropriate where scientific approaches suggest risks to the environment or to humanity (including future generations). While the magnitude of potential risks is not yet fully understood, precautionary measures should be taken to prevent or reduce the threat.

•    A more sustainable lifestyle and business can only be achieved through the interplay of society, business and politics. A policy framework should dictate the rapid phasing out of fossil fuels. It is important that every individual puts into practice new ideas of normality and adapt their behaviour accordingly in their daily life.