Seafloor of Red Sea formed at least 12 million years ago 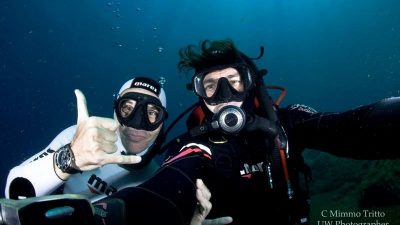 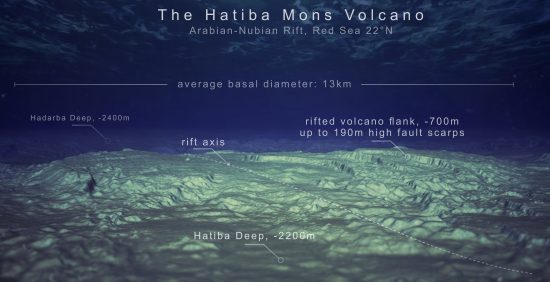 One of the largest underwater volcanoes in the Red Sea, Hatiba Mons measures more than 13 km, and rises up almost a kilometre from the seafloor. (c) N. Augustin, GEOMAR 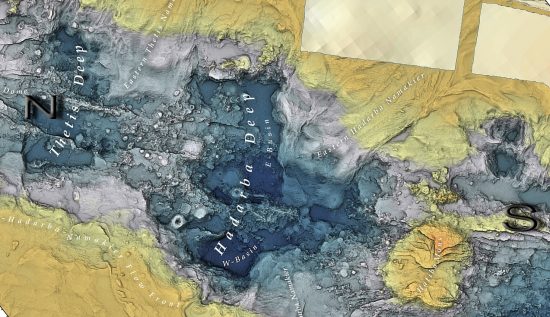 High-resolution map of the Red Sea seabed, based on the latest surveys. Along more than 700 kilometres of the spreading rift are newly discovered structures. (c) N. Augustin, GEOMAR 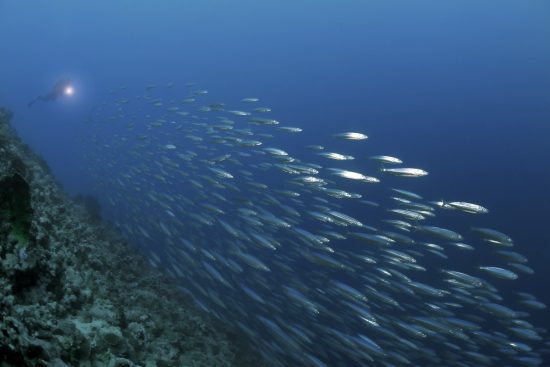 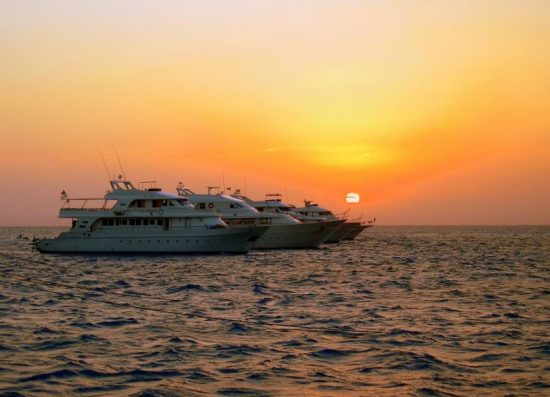 
Geoscientists find the Red Sea fascinating as it represents an ocean in
its early developmental stage. However, due to the difficulty of
working in the region, many questions about it remain unanswered.


Recent research done by the GEOMAR Helmholtz Centre for Ocean Research
Kiel indicates that current concepts about the Red Sea may need to be
revised.

As a fracture emerges along the edges of two tectonic plates, the split
gives rise to the formation of new crust which eventually fills up with
water. Over millions of years, the rift valley widens, giving rise to a
new ocean. This process has taken place many times over the course of
the earth’s formation. However, whether the process is the same in
every instance remains controversial.

Presently, one of the few regions which has an ocean in its early
developmental state is the Red Sea.

Researchers from GEOMAR, King
Abdulaziz University (KAU) in Jeddah (Saudi Arabia), and Institute of
Marine Sciences (ISMAR) in Bologna (Italy) have placed the seafloor of
the Red Sea under the microscope to uncover its secrets.

Contrary to previous assumptions, the Red Sea actually resembles a
young Atlantic Ocean. Further analyses have confirmed initial results;
together with circumstantial evidence, it has been proved that the
oceanic crust is millions of years older than previously thought.

“The
more we evaluate the project data, the more we have to modify existing
presumptions about the Red Sea,” said GEOMAR’s Dr Nico Augustin in
German. He is the lead author of a paper on the subject, recently
published in the Geomorphology journal.

The new findings are the result of three expeditions on the German
research vessel Poseidon, the Dutch Pelagia and the Italian Urania in
2005, 2011 and 2012 respectively.

Researchers on these expeditions used
seabed mapping, sampling and magnetic modelling to examine the rift
valley in the central Red Sea.

The researchers discovered structures that were typical of older,
slowly spreading ocean basins like the Atlantic or the Arctic Ocean.
Such structures include deep transverse valleys, long volcanic ridges
and steep faults.

The shapes of the underwater volcanoes there are
similar to those at older mid-ocean ridges found in the major oceans.


“Three large volcanoes – Tethis-Dome, Hatiba Mons and Aswad-Dome – lie
directly on the spreading axis in the central Red Sea. This is a
typical sign of prolonged and focussed magmatic activity at the rift
valleys,” said Dr Froukje van der Zwan, co-author of the study.

Using current geophysical data, the scientists found circumstantial
evidence indicating that the oceanic crust in the Red Sea had formed at
least 12 million years ago.

According to Dr Augustine, this
contradicted the present perception that the oldest ocean crust was
about five million years old.

Despite being obscured by massive
sediments, the team’s research also uncovered a much earlier division
of the Nubian and Arabian tectonic plates. This would subsequently have
implications for the understanding of the region’s geological
development.