Another successful Manta Fest at Yap 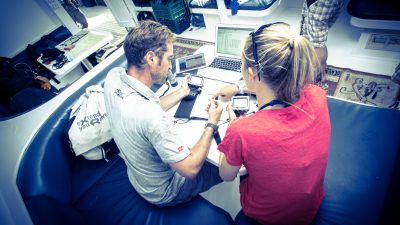 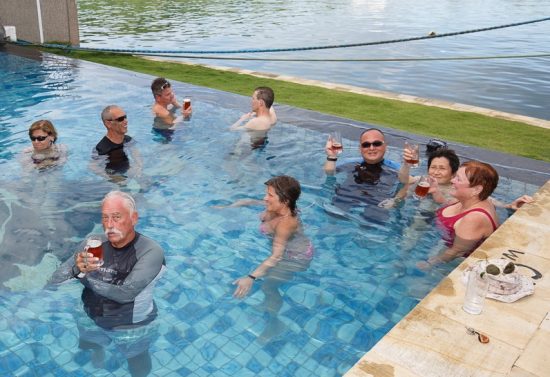 Relaxing in the pool with a pint of beer (brewed by Bill Acker) after a "stressful" diving day in Yap ;-) 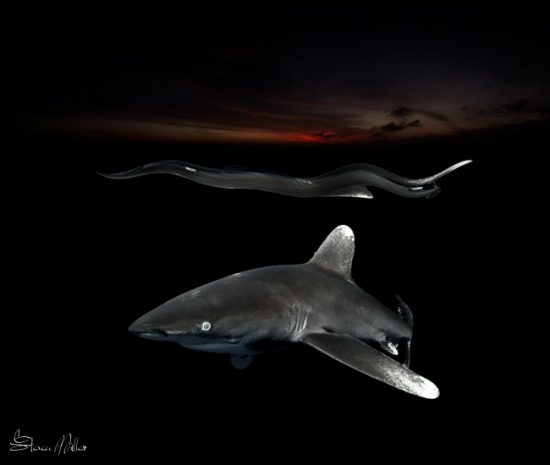 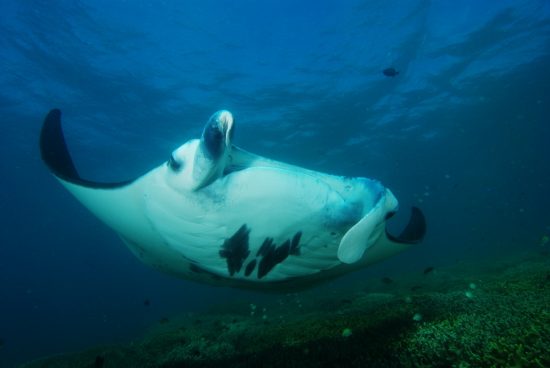 The 9th Annual Manta Fest Photo Festival was held at the Manta Ray Bay Hotel on the island of Yap. It was organised by General Manager Ruud van Baal and founder of Manta Ray Bay Bill Acker from August 27th to September 11th.

The international event was supervised by underwater photographers, videographers and journalists like Frank Schneider, Andy Schumacher and Brad Holland, as well as Steven Miller and Ray Bullion from the US. They conducted seminars in which they shared their knowledge and advice on taking better photographers. Later on, the participants were able to apply the techniques they had learnt in the shoot-out.

Located about two thousand kilometres east of the Philippines in the Pacific Ocean, Yap is one of the four states that make up the Federated States of Micronesia. It comprises about 145 islets. On the four main islands, comprising a total of ca. 56 square kilometres, there are possibly less than a hundred hotel rooms. Hence, the island is very close to the ideal image of the South Sea paradise.

If Acker had not set up the hotel and dive centre (Yap Divers) in the mid-1980s, Yap would have remained a Sleeping Beauty still lost in slumber.

The quality of diving in these parts is legendary. Suffice it to say, all divers dream of coming face to face with the majestic manta rays that call this place home. Indeed, these animals have come to personify this place, and are used in the logos of both Acker's hotel and dive centre.

Not only can manta rays be seen in the crystal-clear waters around the island, there are also sharks swimming beneath the surface that seem to wait expectantly for boats. For instance, at the Vertigo dive site, black tip and gray reef sharks can be encountered during dives without fail.

On the mornings of the event, Acker, his daughter Numie, van Baal and the entire team were up bright and early to welcome the guests before they went on their first dive of the day. Bill and his team place great importance on exclusivity, so the participants were divided into small groups.

The professional photographers and videographers in the jury were evenly distributed amongst the dive boats, so that everyone would have the opportunity to see the professionals at work. In-between dives, there was sufficient time to interact amongst one another and exchange helpful tips to maximise their learning and shooting experience during the event.

This year, entries were accepted in the categories for the professional SLR cameras and the compact “point-and-shoot” cameras. For the first
time, there was also a video category judged by Brad Holland, who had also helped in the marketing of the hotel, alongside Andreas (Andy) Schumacher from Germany. And the top prize in this new category couldn't be more attractive, being a one-week dive safari on board the Palau Siren liveaboard for the best video.

In the photo categories, there were great prizes the winners, including travel packages and quality dive gear, as well as equipment sponsored by mares.

If you have set your sights on Manta Fest 2017, make sure you reserve the following dates in your calendar: 26 August to 10 September 2017.


More information can be found here. 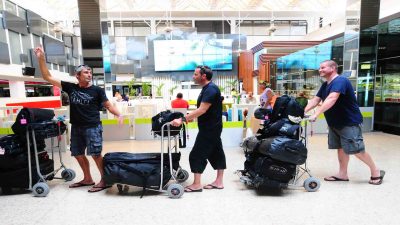