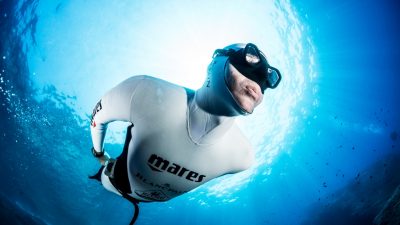 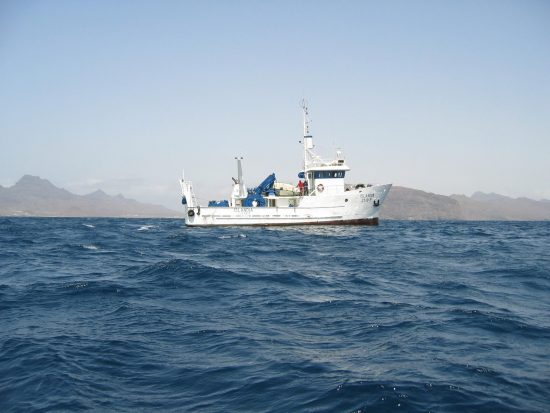 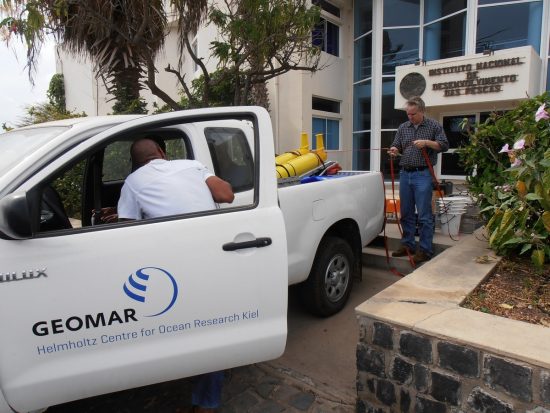 In Mindelo (Cape Verde), two oceanographic gliders are being prepared for their use (c) F. Schütte, GEOMAR 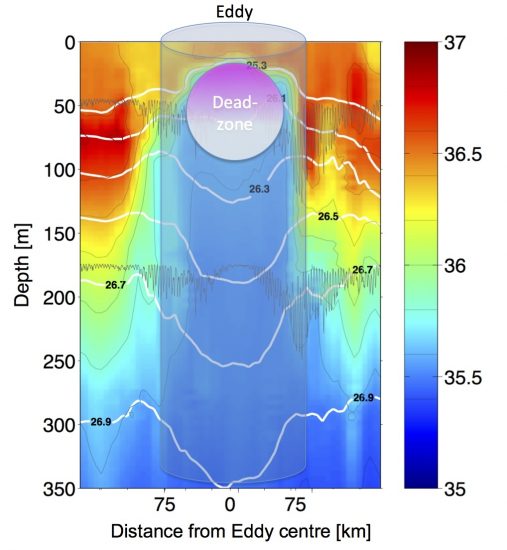 The graphic shows the scheme of an eddy. (c) J. Karstensen, GEOMAR

In 2014, an international research team led by the Kiel Cluster of Excellence “The Future Ocean” and the GEOMAR Helmholtz Centre for Ocean Research Kiel investigated in detail eddies in the Atlantic Ocean with extremely low oxygen concentrations.

The interdisciplinary analysis of the data and samples collected revealed completely new processes that were previously not known to take place in the Atlantic. In addition, the team was surprised by the natural production of a considerable amount of greenhouse gases.

Not only is oxygen in the seawater vital to most marine organisms, its concentrations also affects the chemistry of the ocean and that of the atmosphere. In oceanic regions with very little oxygen, for example, large amounts of the potent greenhouse gas nitrous oxide (also called laughing gas) are produced via biogeochemical processes and then released into the atmosphere.

Up to now, the Atlantic Ocean with its small naturally moderate OMZs (oxygen minimum zones) – unlike the OMZs of the Indian and Pacific Oceans – was not considered a region with an extremely low oxygen concentration. However, new findings imply that this is incorrect.

“The reason why the extremely low-oxygen regions in the Atlantic have so far escaped research is simple: they are relatively small and mobile in contrast to the well-known, large and stationary oxygen minimum zones,” explained Dr. Damian Grundle from the Bermuda Institute of Ocean Sciences and, until recently, a scientist at “Future Ocean”/GEOMAR. He is also the lead author of the new study on this topic.

Extreme low oxygen concentrations occur in the Atlantic in eddies of up to 100 kilometers in diameter, which migrate westward across the ocean from the West African coast. Such eddies are difficult to detect using conventional observation methods.

The first observation of a low oxygen eddy in the Atlantic Ocean, however, was detected by the Cape Verde Ocean Observatory, a project which includes an ocean observation mooring north of the Cape Verdean island of São Vicente.

“We had a first indication of the existence of these special eddies but still no exact information from their interior,” said marine chemist Dr. Björn Fiedler from GEOMAR, who led the project.

"Chance also helped us. At the time we investigated the eddy, the German research vessel METEOR conducted a long planned expedition for the Collaborative Research Centre 754 Kiel off Cape Verde. We quickly convinced our colleagues to sample the eddy, too,” said Dr. Fiedler.

He added the campaign would not have been possible without the good infrastructure on the Cape Verde Islands and the long-term cooperation with their colleagues there.

The collected data and water samples were then evaluated physically, biogeochemically and biologically.

"In a whole series of publications, we were able to gain exciting new insights into the hitherto unknown phenomenon in the Atlantic,” said Dr. Fiedler.

This study demonstrates that at the core of the eddy, the highest levels of nitrous oxide ever measured in the open Atlantic were found in only 100 meters of depth. This can be attributed to processes that can deplete the plant nutrient nitrogen from the ocean, producing, among other things, nitrous oxide in large quantities; this further reiterates that scientists should now consider revising the current understanding of chemical cycles in the Atlantic.

For a link to the study see here 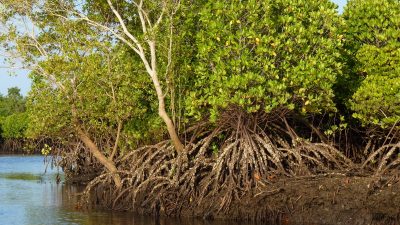